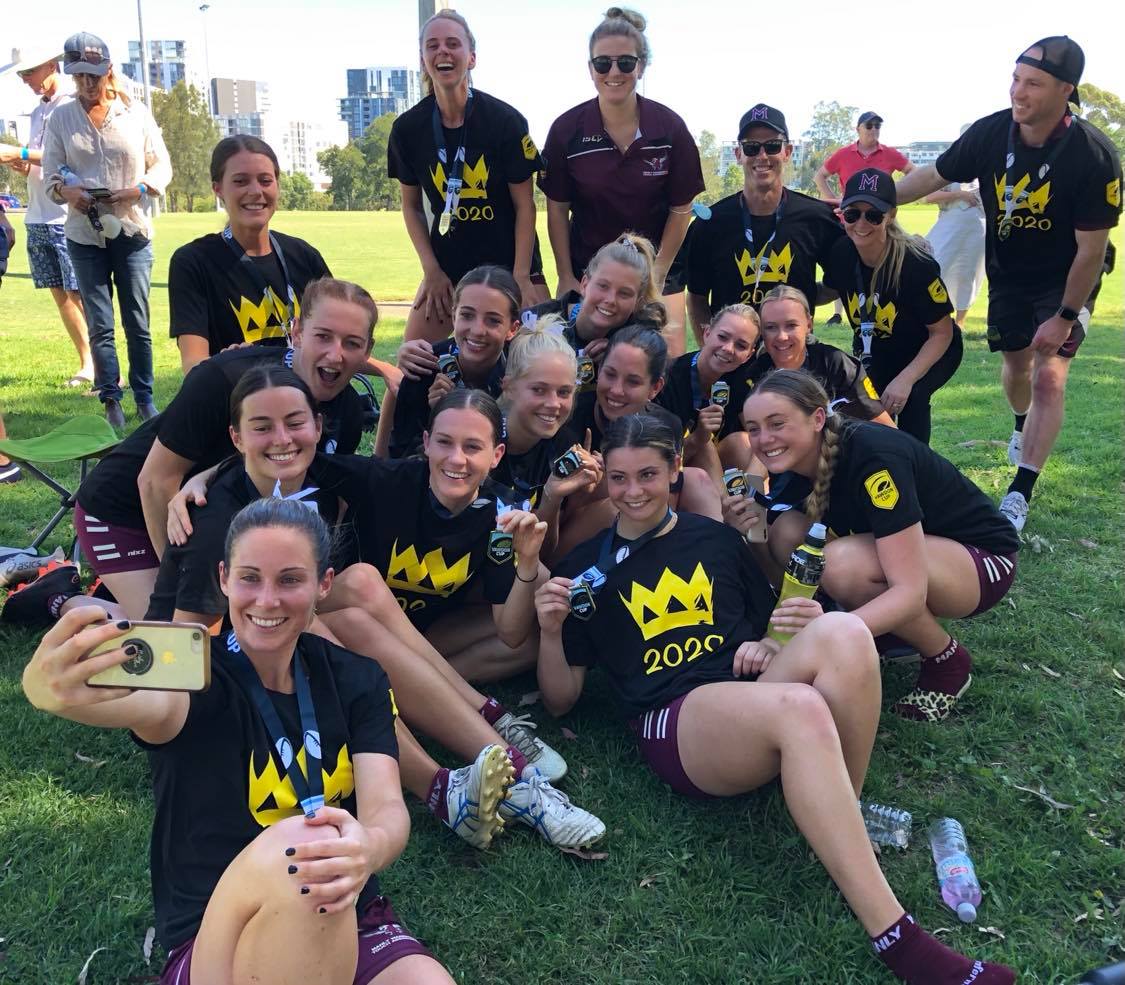 The NSWTA Vawdon Cup concludes this weekend with Manly having seven teams appearing in Grand Finals.  In the Women’s divisions the Sea Eagles will appear in five Grand Finals and in the Men’s an additional two divisions.

The inspirational Sarah Peattie will captain the Premier League team in her 182nd Premier League appearance for the club, with the team taking on the Canterbury Bulldogs.  The Bulldogs accounted for the Sea Eagles in last years Grand Final, however Manly defeated the Bulldogs 8-5 a few weeks ago.  The elusive Hannah Dyball is making her 173rd appearance and will be a player to watch in this game.  Coaches Christian Browne and Sam Brisby are at the helm with the Sea Eagles gunning for their fifth Vawdon Cup Premier League title in six years.

Manly also appear in both Women’s Division 1 and Division 2.  In Division 1 the team were minor premiers and will take on the Parramatta Eels after defeating the Carlingford Cyclones 4-3 in a semi-final drop-off.  The team will be looking towards the experience of captain Brittney McLeod, along with Jenna Hitch and Rachael Van Buizen.  In Division 2 coach Tim Sleigh has Jade Geros and Georgia Walker as co-captains with the team taking on the Central Coast Dolphins after a 5-4 semi-final drop-off win against the Penrith Panthers.

Extremely pleasing this season has been the development and improvement of the Girls Youth League squad. Youth League 1 are aiming to top off an undefeated season with Piper Simons captaining the team.  Zara Halliday makes a welcome return after injury and along with Piper, Summer Tru Syron and Tasma Patterson will be aiming for a strong performance against a Penrith Panthers team who have scored 16 tries in their two finals appearances to date.

In Youth League 2 a very young but capable team will take on the undefeated Hills Hornets with Grace French and Khyliah Gray co-captaining the side.  The girls have had an impressive season to date defeating Wests Magpies 4-1 and then Penrith Panthers 3-1 to book their spot in the final game of the season.  Youth League coaches Anthony Dudeck and Stewart Syron are confident both teams will be up for the challenge.

In Men’s Division 2 Manly will take on the Ryde Eastwood Hawks with the Sea Eagles looking to make it back to back titles in the division.  Jimmy Hyett captains the team who were minor premiers and defeated the Wollongong Devil 9-3 in the semi-final.

Last but not least, the Manly Boys Youth League 1 will take on the Easts Roosters.  Coaches Scott Collins and Mark Leonard will be ready for a close tussle as when both teams met during the regular season the Roosters won by a single try.  Manly booked their spot in the Grand Final by defeating the Wests Magpies 5-3, with Aydan Marsters and Max Marsters co-captains for the game against the Roosters.

All Grand Finals on the Velodrome will be live-streamed thanks to NSWTA.

Best of luck to all players and coaches for their respective Grand Finals!  #GOMANLY 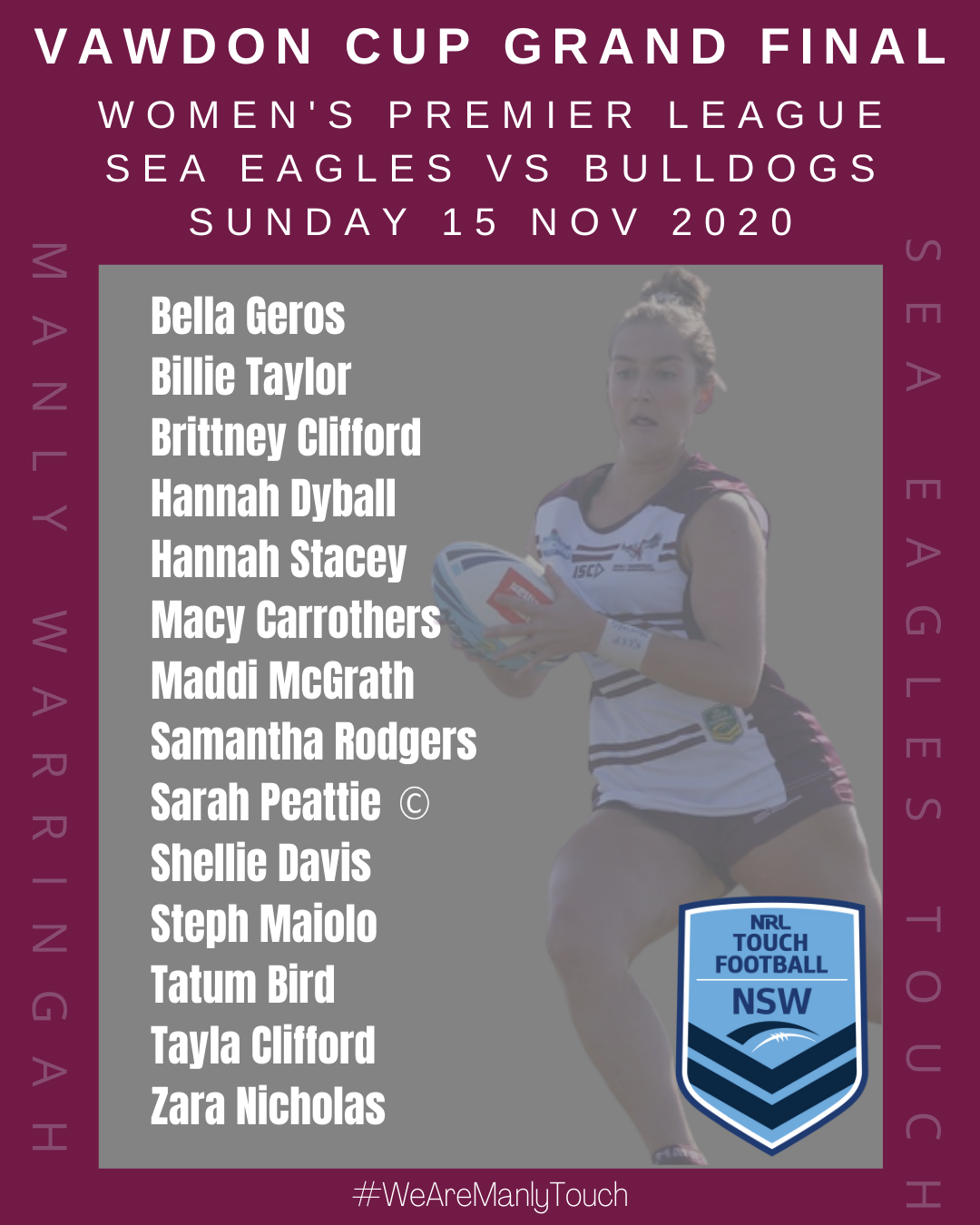 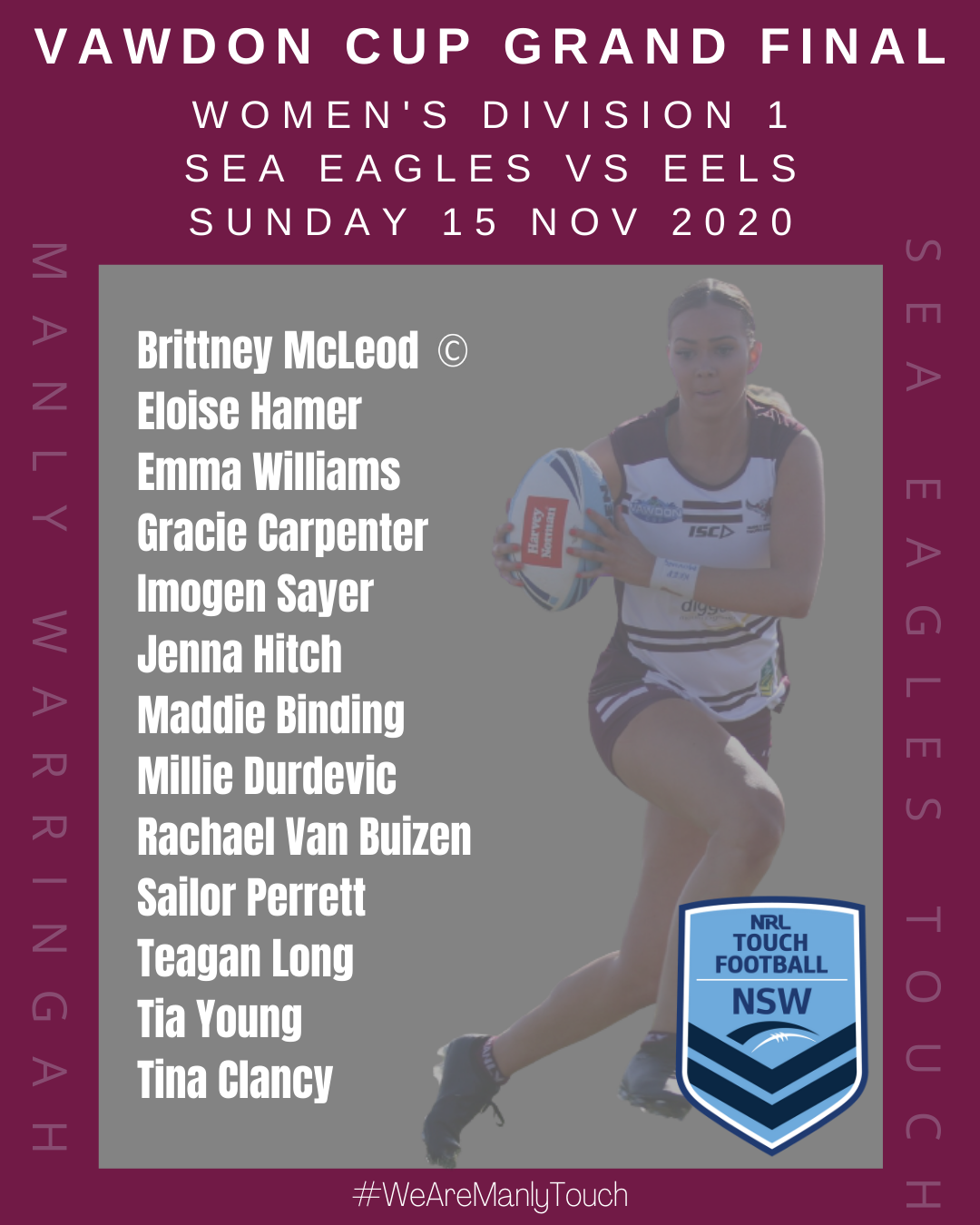 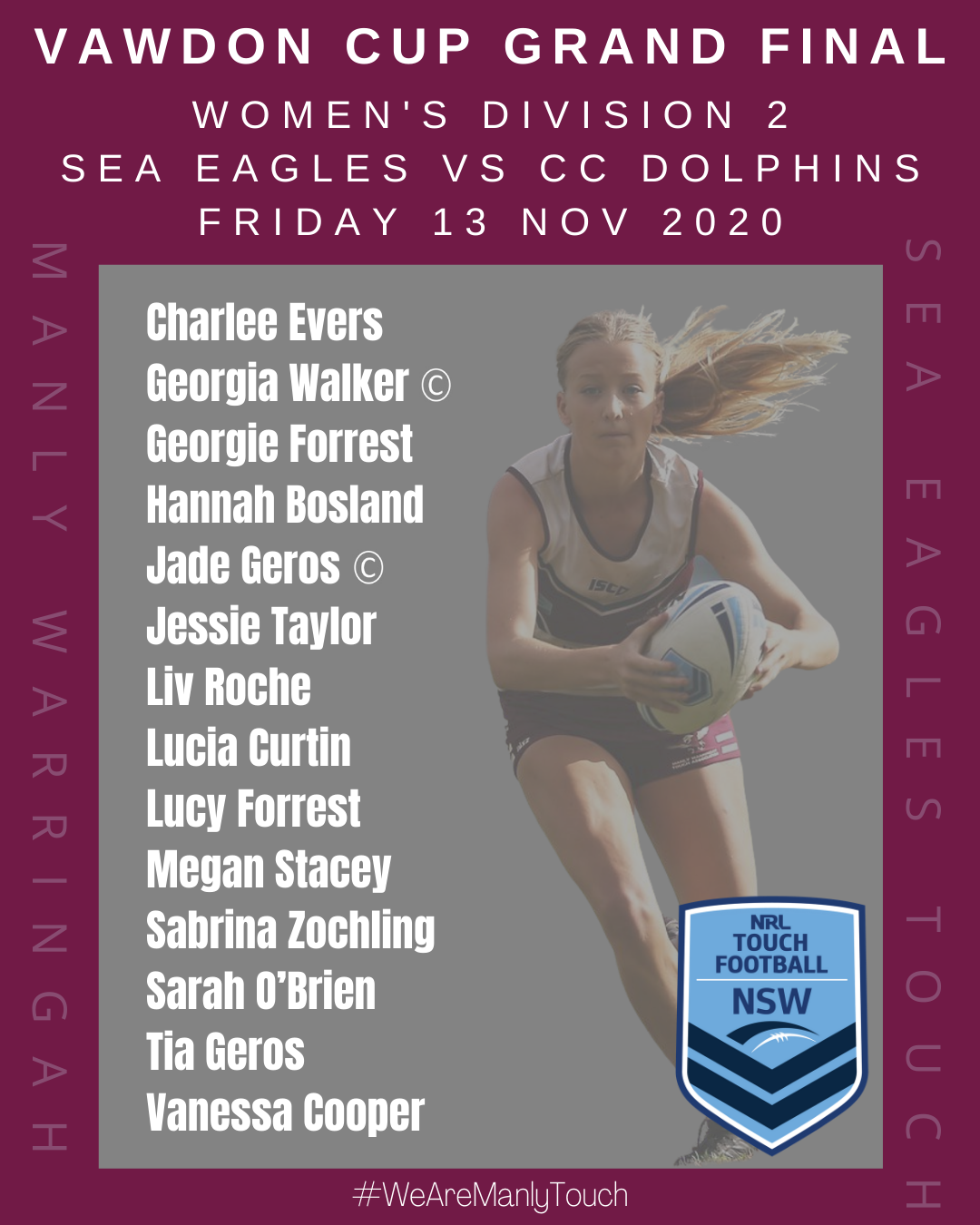 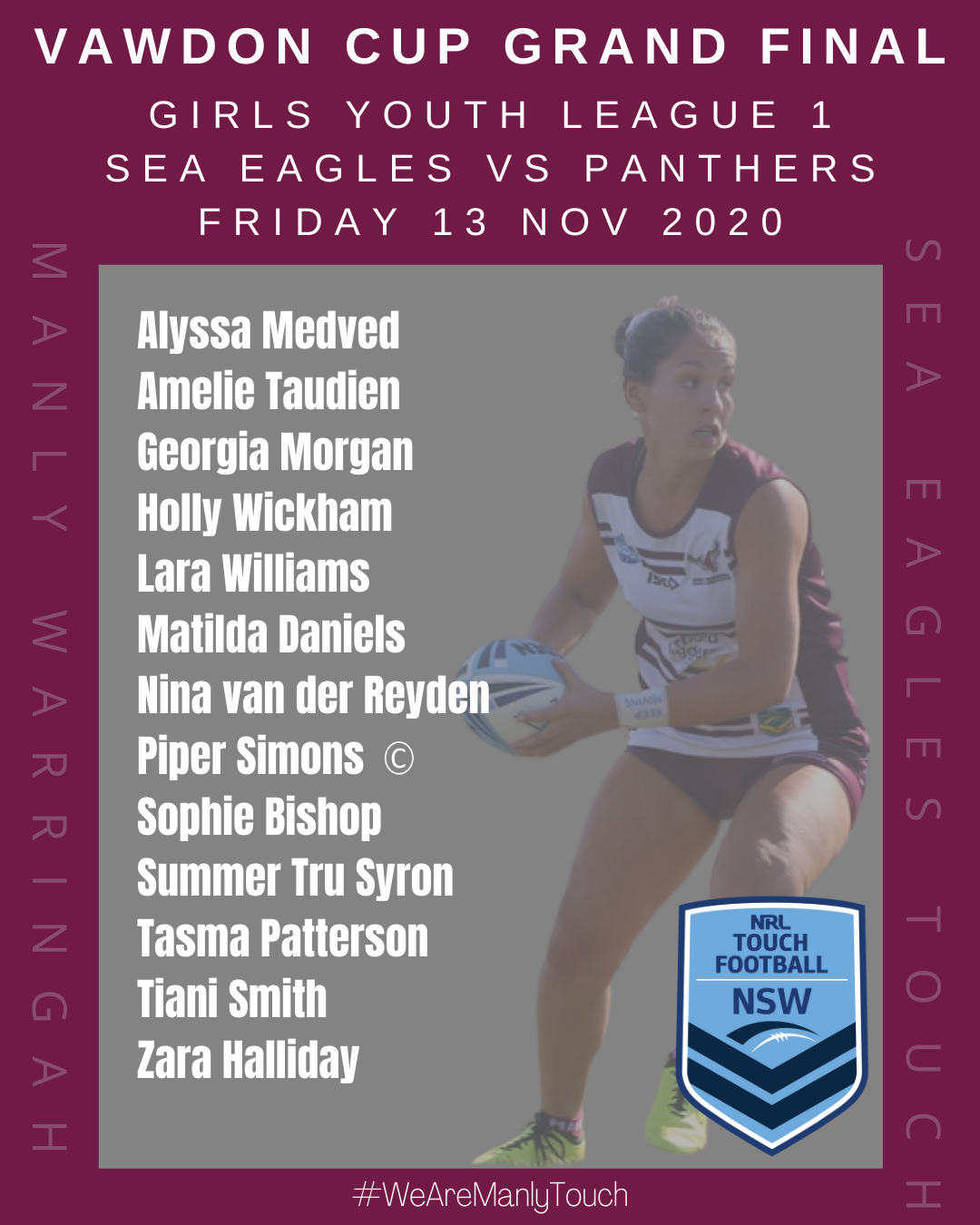 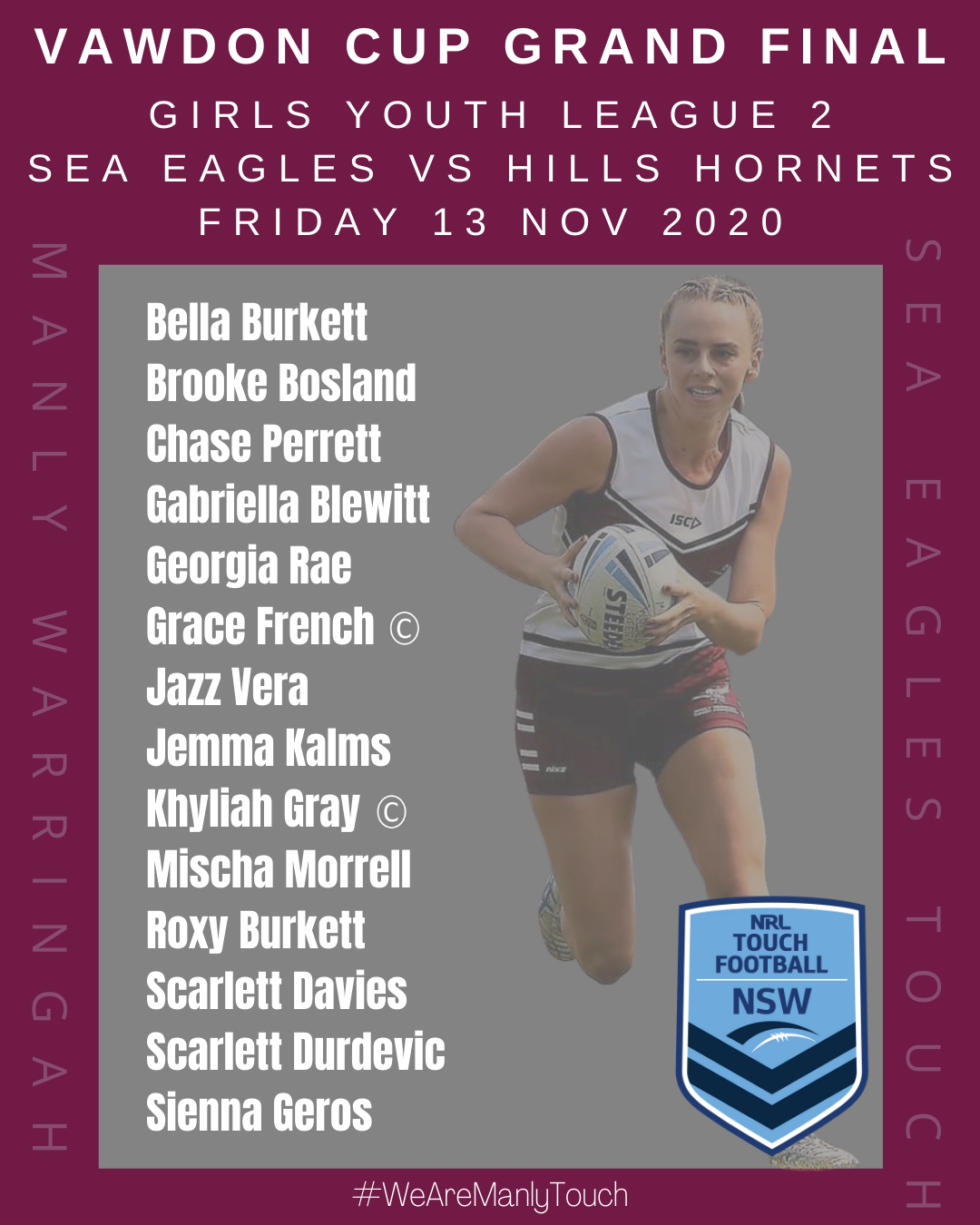