December 14, 2015 / Comments Off on Message of Appreciation / Category: Sea Eagles

Season 2015 has been an incredible year for Manly Women’s Premier League, taking out the Vawdon Cup in early November and then a few weeks later winning the State Cup undefeated.  The season started with a number of experienced players unavailable including Sarah Peattie, Elesha Dougal, Brittney McLeod and Jenna Hitch.  As an extra challenge for State Cup both Sam Rodgers and Zara Nicholas were ruled out due to illness. However the team was not flustered and rose to the challenge winning both tournaments with the team average age of just 19 years. These 2015 fantastic club achievements plus regional, state and international honours have been through hard work and dedication over a number of years and we would like to take this opportunity to sincerely thank some of the people that have assisted us on our journey.

Firstly many thanks must go to the Manly Warringah Touch Association Executive and Management committee, including those that have supported us so well in the past.  Great appreciation to Graham Knights, Stuart Edgley, Stuart Geros, Jenny Swain, Keri Vicini, Jill Zochling, Ian Kalms and the one and only Brandon McDonald. Special mention to Sue Jones who was there at the start, your support over many years is not forgotten and will always be appreciated. Additional thanks to Caren Friend and Tony Suters who have always looked to support the team with referees for training and trial games. 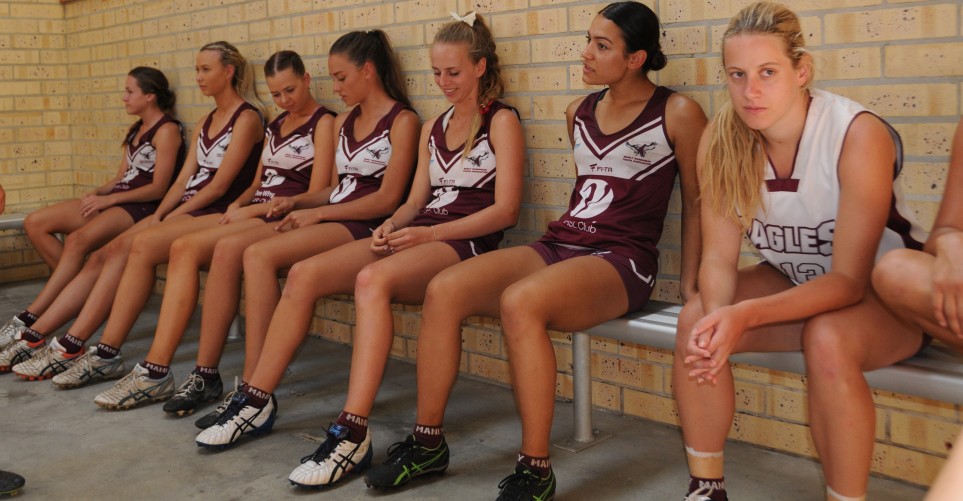 The players success would not be possible without a huge support base of parents and friends – our Manly family.  Massive thanks to all those people that have assisted with our fund raising and making things so easy for the players and coaching team at every tournament we attend.  These generous people include Sandra Dyball (the best Manager in the game), Ray Peattie, Kellie Grawich, Stacey & Trevor Hitch, Siobhan Tuckerman, Robyn Maiolo, Jenny & Brent Rodgers, Tricia Beath, Michael Williams and Eileen Higgins. Extended thanks to Ray Peattie who is our statistician  and tournament bus driver getting the team to where they need to be on time every time.  Also to Kellie Grawich, Stacey Hitch and Ray Peattie once again who over many years have led our fundraising efforts giving up their own time on weekends to ensure we take some of the financial burden off the players.

To all those that have assisted us in getting this team in the best physical shape possible, your input and results gained have been extremely professional and are a credit to you all. Many thanks to Phil Young, Christian Browne, Matt Scranage, Eric Keefe, Steve Cunningham, Jude Holroyd, Matt Dwyer and Brendan Mott.

Extended thanks to Brett Gillard, Justin Creighton and Tony Eltakchi.  What you gentlemen don’t know about the game of touch is not worth knowing and your feedback and support has been monumental.

Many thanks and congratulations to all the players that have represented Manly Women’s Opens in our long and proud history.  Special mention to Rachael Cleave and Justine Johnston who were a huge part of this team at a very important time in our development. Even though you were not on the field with us you are a great part of this success.

Also congratulations to both NSWTA & TFA whose staff are growing our sport each and every day, from grassroots level to even higher heights through the current partnership with the NRL.  Special mention and thanks for the great support of our players to Touch Football Australia’s Colm Maguire, Lauren Pritchard, Wayne Grant, Tara Steel and Cathy Gray.  To NSWTA many thanks to Dean Russell, Daniel Rushworth, Kylie Hearne, Rob Summers, Luke Heckendorf, Pat Batiste and Becky Choake.

A very special mention of gratitude to Gai ODwyer (Start Life Now).  We only met you a few weeks before our Vawdon Cup Grand Final, however from that moment we all embraced your infectious positive persona and amazing talent.  You always had to be with us at State Cup and when you appeared in person (eventually via an iceberg) the teams shock and absolute delight is a something that we will always remember.  In only a few short weeks you enhanced our belief system from believing in each other to additionally each and every player fully believing in themselves.  This was not only in the sport of touch football but also and more importantly in life.  The confidence the team took into both Grand Finals had to be seem to be believed – we as coaches have never experienced this previously in any of our sporting endeavours. You are now and will forever be part of our Manly Sea Eagles family and we look forward to partnering with you as unfinished and new challenges present themselves in the not too distant future.

Finally many thanks and congratulations to the current playing group.  As a team we have always set ourselves the highest of standards and over the years we have had our fair share of disappointments when we thought our time had arrived.   However we have continually bounced back and used these disappointments to strive for even greater heights.  The personal and financial sacrifices you and your families have all made so you can be the best athlete you can possibly be in your chosen sport are massive.  As a playing group the professional culture and brand that we all created many years ago is now an inspiration to younger players who are coming through the ranks.  For Hannah Dyball to be approached at State Cup by a Mother and her young daughter asking for a photo as Hannah is her touch idol is very special for us and the game of touch. It’s still mind-blowing to think how young this team is and the extra improvement and potential that is still to be reached.

So in summary many thanks to everyone for your support over a sustained period of time, without you all we would not be where we are right now.

Until 2016 & Beyond,
Thank you
MWPL Coaching Team