Congratulations to all involved on another successful National Touch League campaign with NSW Scorpions Women’s successfully winning back to back Elite 8 tiles. The Women’s Elite 8 went into a drop off, and despite a slow start and a 0-3 half-time deficit, the NSW Scorpions won 4-3 against the Broncos to claim back to back titles.  Additionally it's three Elite 8 championship titles in five years and as such the team has dominated the Women’s Elite 8 division since it's inception in 2011.  For the second successive year all 16 players from the winning NSW Scorpions team were from the Manly Warringah Sea Eagles affiliate. Player of the Final for the second year in a row was Laura Peattie. 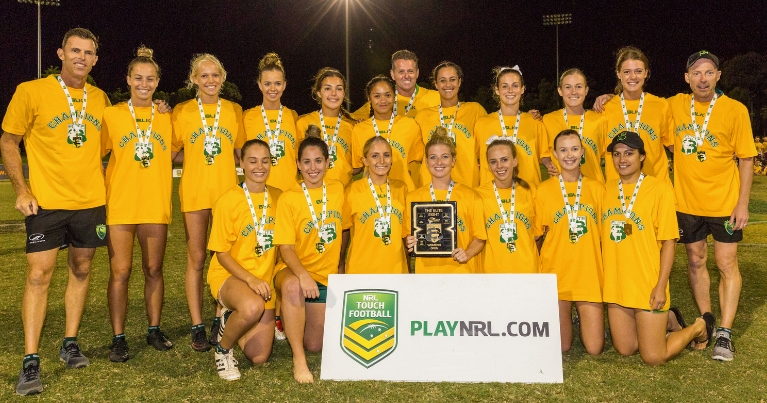